In 2007, the Internal Revenue Service (IRS) initiated the Learn, Educate, Self-Correct and Enforce (LESE) program.  LESE projects involve the focused examination by the IRS of a random selection of approximately 50 Form 5500 returns with similar characteristics.  The IRS reviews the plans in the random sample for compliance issues and releases the results and findings on their website at: http://www.irs.gov/Retirement-Plans/EP-Examination-Projects-Learn,-Educate,-Self-Correct-and-Enforce-(LESE)-Projects

To date, 17 projects have been completed and information on the findings is available on the web.  The findings from the LESE examinations are expected to improve the ability of the IRS to identify plans likely to be noncompliant so they can focus their audit activity on those plans. 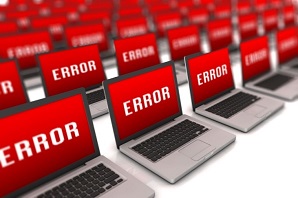 In addition to the LESE program, in 2010 the IRS sent a Section 401(k) Compliance Check Questionnaire to 1,200 plan sponsors.  The key focus of the questionnaire was to look at compliance issues in section 401(k) plans.  In 2013, the final report from the analysis of the questionnaires was released.  It identified several areas of concern related to noncompliance and indicated that the IRS would explore those areas further to determine if they warrant additional enforcement activity.  Of particular interest in the final report, the IRS noted that 47% of plans had an increase in the number of participant loans outstanding over the three year period reviewed and that there was a 60% increase in the number of loans in default over that same three year period.  It was also noted that the percentage of plans that did not make timely distributions as the result of ADP or ACP test failure had increased from 2006 to 2008.

To further explore these problem areas, two recent LESE projects focused on plans with participant loans.   A review of the plans in the random samples found that about one-third of the plans had prohibited transactions related to loan activity.  Loan errors included such things as:

In another LESE project, “Corrective Distributions as Reported on Schedules H or I”, the IRS examined 57 plans that reported corrective distributions on Form 5500.  The corrective distributions may have been required as the result of excess deferrals (over the IRS limit of $17,500 in calendar year 2013); excess contributions due to ADP test failure; excess aggregate contributions due to ACP test failure; or excess annual additions (total contributions to the plan in excess of the $51,000 limit in 2013).  The primary finding of the examination was that about 10% of the plans that failed ADP testing, and were therefore required to make corrective distributions, either did not make those distributions timely or improperly calculated the amount due to be distributed.   Additional issues cited in many of the LESE projects include failure to keep current with plan amendments, inadequate fidelity bonding, late deposit of employee deferrals, and not following the plan terms related to eligibility requirements.

According to Monika Templeman in the video Internal Controls for Plan Sponsors, “If a plan is selected for audit by the IRS, the EP agent conducting the retirement plan examination will begin by evaluating the effectiveness of the plan’s internal controls to determine whether to perform a focused audit – that is, just look at three to five issues – or expand the scope of the examinations.  In other words, based on the strength of the plan’s internal controls, the agent will decide to examine more, or less, of the return than originally planned.” http://www.tax.gov/SmallBusinessTaxpayer/RetirementPlans/InternalControlsPlanSponsors

This serves as an important reminder that the plan sponsor should establish adequate internal controls over payroll and all plan-related processes.  Participant loans must adhere to the plan document and the plan’s loan policy and required documentation should be kept for all loans.  Nondiscrimination testing should be performed as soon as possible after the end of the plan year and any required corrective distributions should be made prior to the deadline (twelve months after plan year-end).  See our article on Prioritizing Internal Controls here: http://www.consultrms.com/Resources/1/Audit/2/Prioritizing-Internal-Controls

As always, any questions regarding the plan should be addressed by the Plan Administrator with appropriate company personnel or outside retirement plan consultants to ensure the plan is being operated correctly and in compliance with all regulatory requirements.