Update on the Application of the Defense of Marriage Act Ruling

In an earlier article, “Impact of Defense of Marriage Act Ruling on Retirement Programs”, posted on July 25, 2013, I explained the U.S. Supreme Court ruling that declared that the section of the Defense of Marriage Act (DOMA) that defined “marriage” for federal law purposes as only being a legal union between a man and a woman was unconstitutional.  The Court referred to persons who were legally married in states that permit same-sex marriage.  At the time of the June 26, 2013 decision, 12 states and the District of Columbia recognized same-sex marriage.  Today, 17 states and the District of Columbia do so and there is litigation pending in approximately 17 other states where non-recognition of same-sex marriage is being actively challenged.

This decision had an immediate effect on many federal laws, including the Internal Revenue Code (IRC) and Employee Retirement Income Security Act (ERISA), both of which govern employer retirement plans.  At the time, there were many unknowns about just how that ruling would ultimately impact retirement plan administration.

The Internal Revenue Service (IRS) subsequently issued a “place of celebration” ruling in Rev. Ruling 2013-17, which was effective September 16, 2013.  This Ruling concludes that for federal tax purposes, the terms “husband” and “wife” include an individual married to a person of the same sex if they were lawfully married in a state or jurisdiction whose laws authorize the marriage of two individuals of the same sex, and the term “marriage” includes such marriages of individuals of the same sex.  The fact that the couple, once married, may reside in a state that does not recognize the validity of same-sex marriages does not matter.  The Ruling also clarified that “marriage” does not include domestic partnerships or civil unions.  However, this Ruling did not address the consequences of retroactive application or fully detail the impact to employers, employees and beneficiaries of employee benefit plans. 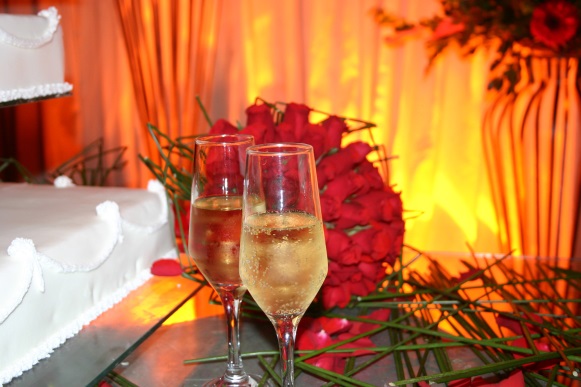 On April 4, 2014, the IRS issued Notice 2014-19, which provides additional guidance on many of the issues that were previously uncertain.  The IRS also issued Frequently Asked Questions (FAQs) for retirement plans.  One of the most important questions answered pertained to the timing of applying the new guidance.  In general, the Notice provides that retirement plans are not required to recognize the same-sex spouse of a participant under a retirement plan prior to June 26, 2013.  However, effective June 26, 2013, any retirement plan rules that apply to a married participant will be applied to a participant who has a same-sex spouse.  Employers may also choose to apply the new rules retroactively for some or all purposes.  Other key issues addressed in the Notice and FAQs are:

WHAT SHOULD PLAN SPONSORS DO?

There are several sections of the IRC and ERISA that contain rules with respect to married participants in qualified retirement plans.  With the new definition of “marriage”, plan sponsors should review their plan document to see if an amendment is necessary to bring it into compliance with the new spousal rules.  Sponsors will also want to make sure they are operationally extending spousal rights to same-sex spouses under all areas of the plan that pertain to spouses.  Sponsors should look particularly at the following:

The new guidance does not require plan sponsors to notify plan participants of the new rules.  However, if a plan amendment is required as described above, then a Summary of Material Modification (SMM) or a new Summary Plan Description (SPD) should be provided to participants to explain the change to the plan terms.  In addition, it would be wise to communicate with participants about the new rules, especially with respect to beneficiary designations.  For example, a participant in a same-sex marriage who currently has a child listed as the primary beneficiary needs to understand that under the new rules, his or her spouse must consent to that designation or it is invalid.

If plan terms designate that a particular state’s laws apply to the plan, and that state does not recognize same-sex marriages, the plan will violate the qualification requirements if the plan, in operation, does NOT recognize the same-sex spouse of a plan participant beginning June 26, 2013.

Should plan administrators request proof of marriage before processing a benefits claim or accepting a beneficiary form for a same-sex spouse?  Plan administrators should not require proof of marriage from same-sex couples to the extent such proof is not required of opposite-sex couples.  However, as a practical matter, this might be an opportune time for plan sponsors to review and possibly revise their documentation requirements if that seems prudent.  It would certainly not be unreasonable to ask any participant who claims to be married or divorced to provide a proof of marriage and/or a divorce certificate.

One final note for consideration…the above IRS guidance provides that a retirement plan will not be treated as failing to meet the qualification requirements as long as the new definitions of “spouse” and “marriage” are applied as of June 26, 2013.  But the IRS guidance does not provide relief to the plan from any individual who may seek to bring an assertion of spousal rights for retirement plan benefits that accrued before June 26, 2013.  Any such claims would have to be addressed through the plan’s claim and appeals procedures or through the courts.

As of the date of this writing, the following states, plus the District of Columbia, expressly permit same-sex marriage: