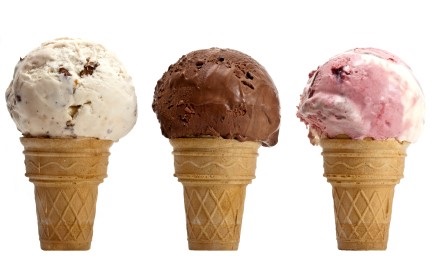 Discretionary profit sharing contributions can come in many “flavors”.  Some employers simply seek to give all eligible participants an equal share of the allocation, by utilizing a formula that provides a uniform percentage of compensation or uniform dollar amount.  This is generally a simple contribution to calculate and administer.

On the opposite end of the spectrum, some employers use a new comparability allocation formula (sometimes referred to as “cross-testing”), whereby plan participants are divided into allocation groups, and the amount allocated to the participants in each group varies.  This type of formula allows employers to give the maximum contribution to select individuals, usually owners or other key employees.  However, it is subject to special rules and testing requirements that make the administration of the plan more costly.

But for employers seeking to provide an extra benefit to certain individuals without the additional administrative costs and testing requirements of cross-testing, a good alternative is to utilize a permitted disparity allocation formula, commonly referred to as “integration”, in that it is designed to integrate the payments that the employer makes to the Social Security system with the allocations made to the retirement plan.

When determining retirement benefits, Social Security effectively “discriminates” in favor of lower paid employees because it only considers compensation up to a certain level – known as the Social Security Taxable Wage Base (SSTWB).  The SSTWB for 2017 is $127,200.  Therefore, for 2017, the mandatory employer contribution to the Social Security system is only based on the first $127,200 of an employee’s pay.  Individuals who earn more than the SSTWB therefore have a lower benefit-to-compensation ratio than individuals who earn less than the SSTWB.

Because of this discrimination, the Internal Revenue Code allows employers to allocate a higher rate of plan contributions on pay over the SSTWB, or some portion of the SSTWB, as defined in the plan document. The amount used as the cutoff level in determining the compensation on which the higher rate will apply is called the “integration level”.  The integration level can never be greater than the SSTWB for the year, and is usually defined in relation to the SSTWB - for example, 100% of SSTWB; or 80% of SSTWB + $1; etc.

A. The ECP cannot be more than the lesser of: two times the BCP, or the BCP plus the disparity percentage.

B. The disparity percentage is a function of the integration level, as determined below:

The allocation would be:

This formula is nondiscriminatory because the ECP is no more than 6% (the lesser of 3% plus 5.4% or two times 3%).

The important thing to note in the example above is the additional benefit received by the individual with total pay that is greater than the integration level. While an employee who earns up to $101,761 receives a 3% company contribution, an individual earning $270,000 actually receives a contribution equal to 4.87% of his total compensation.

Permitted disparity is a means by which an employer may choose to provide an extra benefit to plan participants whose compensation is above some defined level. There are many ways to design a permitted disparity formula, and it is helpful to run projections to determine which integration level, ECP and BCP will maximize the contribution allocation, while still staying within the employer’s budget.

Annemarie Keehn has worked for over 30 years in the field of Defined Contribution Plan Administration. She graduated from Indiana University with a Bachelor of Science in Business Management. Anne joined RMS as an Account Executive in 2007. Her areas of expertise include qualified retirement plan administration and consulting, plan document underwriting, and compliance. She focuses the majority of her time at RMS on new client implementation and onboarding as well as assisting with marketing and new business initiatives. She also maintains the plan document used by the firm and performs special research projects. Anne has been awarded the designations of Qualified 401(k) Administrator and Qualified Pension Administrator from the American Society of Pension Professionals & Actuaries and has been approved by the Internal Revenue Service as an Enrolled Retirement Plan Agent.