The IRS requires plan sponsors to perform various tests each year to ensure that 401(k) plans are not discriminating in favor of business owners or other high paid employees.  Two of the required tests are the Actual Deferral Percentage and Actual Contribution Percentage (ADP/ACP) tests.   These tests are often administered by an independent party due to the complicated nature of the testing, and to ensure neutrality.

For the plan year beginning in 2014, a Highly Compensated Employee (HCE) is an owner of more than 5% of the company in the current or previous year, or an employee who received compensation in excess of $115,000 in the previous year.  In addition, family attribution rules treat a spouse, child, parent or grandparent of someone who is a 5% owner as an HCE, regardless of that individual’s compensation or ownership.  The employer can limit the number of employees treated as HCEs under the compensation portion of the test to the top-paid 20% of employees, if the plan document contains this provision.  Employees who do not meet the definition of HCE are, by default, NonHCEs (NHCEs).  It is very possible that individuals may move from the HCE group to the NHCE group (and vice versa) in different plan years, so the classification of employees is reconsidered each year. 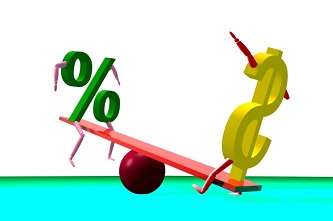 The nondiscrimination rules require that the average deferrals and average contributions for the HCE group be within a certain range of the average deferrals and average contributions for the NHCE group.   For the ADP test, pre-tax and Roth deferrals, excluding catch-up contributions, are averaged by dividing each eligible plan participant’s deferral amount by his annual compensation (defined in the plan document).   These individual deferral ratios are then aggregated and averaged to find the overall Actual Deferral Percentage.  This is done separately for the HCE and NHCE groups.  Employees who are eligible but do not contribute must be also included, and they are figured into the average with a 0%.  The ACP test is performed in the same manner, but tests employer matching and employee after-tax contributions.

Each test is passed if the average for the eligible HCEs satisfies either the 1.25 test OR the 2% spread test.

the average for the NHCEs, plus 2%

If the plan fails the ADP or ACP test, corrective action must be taken to protect the tax qualified status of the plan.  The statutory correction period is the 12-month period following the close of the plan year in which the failure occurs.  Typically, the correction involves issuing a refund for the amount of the excess deferrals or contributions, plus earnings.  If corrective distributions are made later than 2 ½ months after the applicable plan year, the employer (not the HCE) is liable for an excise tax.  Another option for correction of a failed test is for the employer to deposit additional fully vested contributions into the accounts of the NHCEs, in order to increase the average percentage for that group.  But this can be very costly, so is rarely utilized.

Safe Harbor 401(k) plans have become increasingly popular because they allow the HCEs to contribute the maximum amount to the plan each year without concern that the plan will fail the ADP or ACP test.   Safe Harbor 401(k) plans require the employer to commit to some minimum level of contribution for each participant each year, either as a percentage of compensation or a specific level of matching, in return for being able to waive the ADP and/or ACP testing for that year.  Safe Harbor 401(k) contributions are always 100% vested and are subject to annual notice requirements.

Another plan design option that may help an employer reduce the chance of test failure is for the plan to elect automatic enrollment.   Automatic enrollment is becoming popular with employers because it helps increase the overall participation of the NHCEs, therefore minimizing the risk of test failure.  It also has the added benefit of helping employees better prepare for retirement.

ADP and ACP testing can be very complicated, because there are many nuances to be considered.  Some of those include:

It is advisable for the Plan Administrator of a 401(k) plan to engage the services of an outside Third Party Administration (TPA) firm to perform the various testing.  A good TPA will be invaluable in consulting with the employer about available design options that can reduce or eliminate testing problems in the plan.