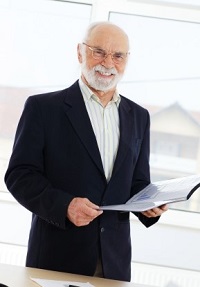 Many owners of closely held businesses are Baby Boomers who will want to find a market for their stock in the near future. What are the advantages to using a leveraged Employee Stock Ownership Plan (ESOP) to create that market instead of looking for an outside buyer for the stock?

Unlike most loans where only interest is a deductible expense, ESOP repayments for both principal and interest are deductible for the company.

Diversifying the owner’s holdings without selling the entire company

An ESOP can allow an owner to diversify his holdings, even if, for some reason, he chooses not to sell a majority to the ESOP. It may be difficult to find an outside buyer willing to purchase only a portion of the company, much less a minority interest.

When some or all of a C corporation is sold to an ESOP and then converted to an S corporation, those shares are owned by a tax exempt trust. Consequently, that portion of the corporate federal and state taxes can be reduced dramatically, if not totally eliminated.

The employees, as buyers through the ESOP, get to build up their ownership in a tax deferred trust. At retirement they can convert their interest to cash and roll it to an IRA, thus continuing the deferral of taxes until they actually use the money.

When the employees purchase the company from a retiring owner through the ESOP, they are doing so without the need to put up their own cash – instead making the debt service out of future profits. Also, they are buying out the former shareholder(s) with pre-tax dollars, since contributions to the ESOP are tax deductible.

Avoiding the uncertainties of selling to an outsider

Using an ESOP can help avoid the uncertainties that come from selling to an outsider --- possible layoffs, changes in management and policies, changes in corporate culture, etc.

An owner wanting to sell only a part of his company can still limit the company’s management, and almost all voting rights, to the ESOP Trustee and key management members.