A unique problem arises when the owners of a company are ready to sell more shares to the ESOP, and they want the ESOP to borrow money in order to purchase the shares. Usually the corporation borrows the money (and then lends it to the ESOP) or guarantees the debt payments. Consequently, there is at least a temporary drop in the company’s market value in conjunction with this second stage transaction and new debt. The problem occurs when this drop in market value impacts the benefits of participants who are ready for distributions on account of retirement, disability or death, or who choose diversification at age 55 with 10 years of participation. Should a participant, who happens to reach one of these milestones at this time, have a reduction in his benefit solely due to poor timing?

To lessen the impact of the post-transaction drop in market value, many ESOP trustees will negotiate a “price protection” agreement. This is basically a guaranteed minimum price. This agreement states that the company will purchase any pre-transaction shares that are distributed to plan participants at a price per share that is computed without regard to the second stage transaction debt. This shields the existing shares from the decline in value caused by the new debt. The purpose of this article is to summarize some of the issues and questions that should be addressed when considering a price protection agreement.

Who gets the protection? Should it only be given to participants who terminate employment due to retirement, total disability, or death? Do you include those with diversification rights? Does the plan have an “early retirement” provision that needs to be considered?

How long will it last?>According to the National Center for Employee Ownership (NCEO), price protection typically lasts only two to four years. This is partly because it is expected that an additional few years’ worth of contributions (that might not have occurred without the second stage transaction) will often times make up for the reduction in the price per share. In addition, the price should also have recovered due to lower outstanding debt on the second transaction after a few years of payments. Finally, a company will likely not want to agree to a set price for an extended number of years because other factors unrelated to the second transaction could decrease the price as well.

Source of the make-up?An ESOP is only allowed to pay a participant what the stock is worth, based on an independent appraisal. So any excess funds needed to pay a higher price per share would have to come from the corporation and not the ESOP. 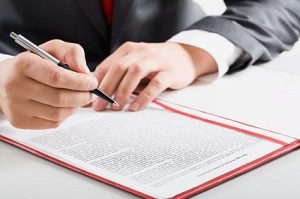 Is the higher price eligible for tax favored status?If the amount paid to a participant in exchange for his shares exceeds the appraised value, then the excess must come out of the corporation and not the ESOP itself. Because it does not come from a qualified trust, the excess amount is not eligible to be rolled into an IRA or another qualified plan.

Should you take into account that with the second transaction, the new shares being released from encumbrance might help offset some of the value lost due to the new debt? In other words, without the new transaction, there might not have been any new contribution. Is a protected employee “double dipping” to get protection on old shares while also sharing in the allocation of new shares?

Is this protection deemed a “synthetic equity” for purposes the anti-abuse rules under Code Section 409(p)? The regulations make no mention of this matter.

Does the plan segregate accounts for former employees? If so, and a participant terminates employment right after a second stage transaction, but the participant is not in a protected group, is s/he to be forever stuck with the reduced market value? Instead of price protection, should these participants be allowed to leave their investment in company stock in order to be in the plan when the price per share recovers?

William K. Bortz, associate benefits tax counsel at the Treasury Department's Office of Tax Policy, recently acknowledged that price protection agreements raise unanswered questions. He noted there are many fiduciary and tax concerns with floor-price protection in ESOP companies. Plan sponsors will want to be diligent about seeking legal counsel when considering such an arrangement.

Amber M. Lloyd, Managing Member and Owner of RMS, began her career in retirement plan administration and consulting in 1994. She graduated from the University of Kentucky with a Bachelor of Business Administration with high distinction and departmental honors in Finance and over the years has become credentialed as an Accredited Pension Administrator, a Chartered Mutual Fund Counselor designee, a Certified Financial Planner™ certificant, and an Enrolled Retirement Plan Agent. Throughout her 26 years in the retirement field, she has worked on all types of retirement programs, including both qualified and nonqualified plans and often speaks on retirement plan topics. Amber is an active member of the National Institute of Pension Administrators, the ESOP Association (where she currently serves as a VP for the KY Chapter), the National Center for Employee Ownership, the ESOP Marketplace, and the Financial Planning Association (where she currently serves as the Secretary/Treasurer for the FPA of Kentuckiana Chapter Board and was the 2018 President). She is also Past President of the Louisville Employee Benefits Council and former Board Member for Mummers & Minstrels, a local non-profit community theatre group. Amber currently devotes most of her time to new business development, consulting on 401(k), Profit Sharing, and Employee Stock Ownership Plans and heads up the firm’s ESOP Practice Group.