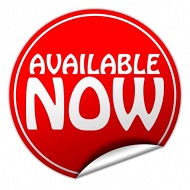 Missing the deadline for the annual Form 5500 can lead to hefty penalties from both the Department of Labor (DOL) and the Internal Revenue Service (IRS). A delinquent filer may be too deterred by these fees to send in the late filings. In an effort to counter this, in 1995 the DOL created the Delinquent Filer Voluntary Compliance Program (DFVCP). Under the DFVCP, employers pay reduced penalties to the DOL and the IRS waives its late filing penalties when employers file overdue 5500 forms through the program.  While this is a great option for filers of the Form 5500-SF and the long Form 5500, the DFVC program is only available for filers that are required to file under both Title I of ERISA and the Code.  DFVCP is not an option for retirement plans that file Form 5500-EZ.  Form 5500-EZ is filed by plans that are not subject to Title I of ERISA – namely, “one-participant plans” that cover only the owner of the business (or the owner and the owner’s spouse) or only one or more partners (or partners and their spouses) and does not provide benefits for anyone except the owner or one or more partners (and spouses).

There has previously not been any program for relief of penalties for late filers of the Form 5500-EZ. In an effort to extend relief to these plans, in May of this year the IRS created a new pilot program which will be effective for submissions made between June 2, 2014 and June 2, 2015. No penalty or payment is required from eligible plans that take advantage of the pilot program.  However, the pilot program is not available to employers who have already received a CP 283 Notice (“Penalty Charge on Your Form 5500 Return”) from the IRS.

To use the program, late filings must be submitted by mail. Electronic filings through the DOL EFAST2 system are not allowed. To submit a form for penalty relief, the following procedures must be followed:

The IRS has stated that they are considering a permanent program after the temporary pilot program closes on June 2, 2015. Although late filers are not currently required to pay a fee to use the program, if the program becomes permanent it is expected that a fee or other payment will be required. The IRS has invited comments on both the question of establishing a permanent relief program and on how to determine fees for these late filings.

Caryn Patterson attended the University of Kentucky and graduated in 2012 with a Bachelor’s degree in Finance. She joined RMS in 2013 as a Plan Specialist and became a Senior Plan Specialist II in 2020. She has earned her Qualified 401(k) Administrator designation from the American Society of Pension Professionals & Actuaries. Most of her time at RMS is devoted to defined contribution plan administration and compliance testing. Caryn resides in Louisville with her husband, and enjoys hiking and traveling.