The interim final regulation includes a definition of key terms:

For Plan Years beginning after December 31, 2013, all MEPs are required to include an attachment to their Form 5500 or 5500-SF that lists all participating employers and an estimate of the percentage of total contributions (employer and participant contributions) made by each employer relative to the total contributions made by all employers.  If a participating employer made no contributions, 0% should be entered on the attachment.  To assist employers in complying with the new reporting requirement, the 2014 Forms 5500 and 5500-SF have been updated in Part I, line A to include a parenthetical next to the “Multiple Employer Plan”  check box that tells filers who check the box to include the new attachment and directs them to the form instructions for further information.

This attachment does not replace any other required reporting for MEP filings.   The format to be used for reporting this information is set out in the instructions.  An example is shown below.

This reporting requirement would not apply to any “open” MEP that files a separate Form 5500 for each participating employer, since each is filing as a “single plan”. 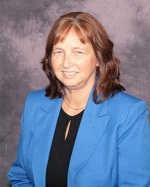 After residing for twelve years in Central Kentucky, Sharon M. Howay returned to her Louisville roots in January, 2011 when she joined RMS as a Plan Specialist. She is a graduate of the University of Louisville with a Bachelor of Science in Business Administration with an emphasis in Finance. Sharon has over 4 years of retirement plan administration experience and recently completed the Qualified 401(k) Administrator credential. She devotes most of her time to defined contribution plan administration.