Structuring the Sale of Shares to a Leveraged ESOP 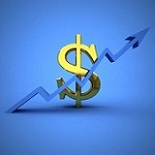 We read and hear of many ways that stock is sold to an ESOP. We’ve heard some interesting discussion recently about several ways attorneys have structured these sales; and we thought it was worth sharing. Below are only some of the ways an ESOP transaction can be structured (but we believe these may be the most common):

A. One option is for the seller to sell directly to the ESOP.

B. Another option, if the seller is not interested in a Code Section 1042 election, is to have the corporation retire the selling owner’s shares in return for, say, a 7-year note at 10%, while the corporation turns around and makes a simultaneous sale of the same shares to the ESOP for a longer term at a lower rate. For example,

C. A somewhat newer two-step approach is a variation on the previous item (B). The two-step approach does not argue that the transaction is “simultaneous” – in other words, even if it all occurs in one day, it is treated as if the owner gets one value for selling his or her shares to the corporation in return for a note; and the ESOP gets to purchase those same shares for a lower value (using what we frequently call the “inside note”), recognizing that the corporation’s value has now been reduced by taking on the liability of the note to the seller (what we frequently call the “outside note”). For example: